According to the Centers for Medicare and Medicaid Services More than 5.2 million Medicare beneficiaries have saved a total of $3.7 billion on their prescription drugs since the health care reform law (a.k.a. Affordable Care Act a.k.a. "Obama Care") went into effect.   The Affordable Care Act—also known as health care reform—which passed in 2010, required financial assistance for seniors who fall into Medicare's so-called "donut hole." As a result of health care reform, Medicare beneficiaries who fell into the donut hole in 2010 received $250 as a one-time, tax-free rebate to help pay for their prescription drugs. Even more relief came into effect in 2011 as the law also required that those Medicare beneficiaries who fell into the donut hole because of high prescription drug costs should receive a 50 percent discount on covered brand-name drugs, and 7 percent coverage of generics.

Polls show that more Americans are opposed to the Affordable Care Act than those that approve it.  Some commentators claim this is because opponents have spent 235 Million dollars in ads criticizing the law where only 69 Million has been spent in ads supporting the law.

On the other hand see the benefits of the law: http://www.whitehouse.gov/the-press-office/2012/03/23/new-report-affordable-care-act-gives-americans-more-security-better-bene
The nation eagerly await the Supreme Court's decision regarding the constitutional challenges initiatedby Republicans and conservatives alike. The Affordable Care Act has an "Individual Mandate" that requires everyone to have insurance coverage or they will be fined. Provisions are included in the Act to subsidize insurance coverage for those who can afford it. The rationale behind this is that everyone has a basic right to healthcareand that it will be less costly if everyone is covered. Opponents claim that the requirement force people to buy an insurance policy is unconstitutional and that the federal government does not have the right to force people to do this. However, the commerce clause, has been used in scores of cases as a constitutional basis for the federal government to enact laws where the economic affect of the law crosses state lines.


Attorney Casiano founded the Casiano law firm in San Diego Elder Law and Estate Planning Firm to serve the needs of seniors and their families with the complex legal issues that arise as one grows older.  If you have any questions regarding your Medicare, Medicaid, or Medi-Cal coverage, feel free to give "Vinny" a call at 619-800-6820 and he will speak to you at no charge to see if he can assist you. 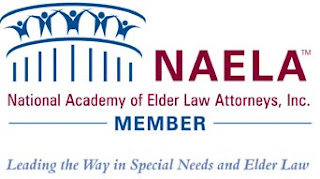 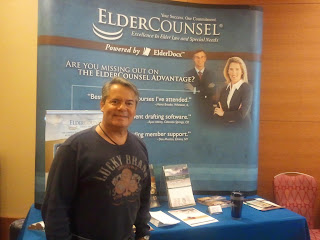 Posted by Casiano Law Firm at 9:10 AM

Casiano Law Firm
Since November of 2000, I have exclusively dedicated my law practice to serving seniors and their families. My practice focuses on helping my clients with Medi-Cal Eligibility, Estate Planning, Conservatorships, Probate and Elder Abuse Litigation surrounding these areas. Feel free to give me a call, I actually will speak with you on the phone to see if I can help!